Students around the world have been holding protests over climate change in recent months, and they’re happening again in Australia this week.

Australian students are once again planning to walk out of schools to protest climate change inaction.

After thousands went on strike in December, even more are planning to join the 15 March event, inspired by a Swedish teenager.

March 15.
The school strike continues.
957 places in 82 countries and counting…
Everyone is needed.
Everyone is welcome.
Please spread the word!
Find your closest strike or register your own at https://www.fridaysforfuture.org/events/list #FridaysForFuture #SchoolsStrike4Climate #ClimateStrike

How did the youth movement start?

“She got a lot of attention and many politicians talked to her and listened to her [outside parliament],” politics expert Katrin Uba, from Sweden’s Uppsala University, told SBS News.

Ms Uba said there had been a recent level of fatigue around climate change action in young Swedes but Greta had reignited it. Greta Thunberg outside the Swedish parliament in Stockholm.
AAP

The young activist quickly rose to fame, making global headlines in December with a speech at a UN climate meeting in Poland, and last month taking her message to the top corporate echelons at the World Economic Forum in Davos, Switzerland.

What are the students’ demands?

One of Greta’s goals is to focus minds on a UN conference in 2020 when countries need to present new plans for more ambitious greenhouse gas emissions cuts.

Recently upping the ante, she urged the European Union to double its planned greenhouse gas cuts.

“If the EU is to make its fair contribution to staying within the [Paris climate deal] carbon budget for a two-degree limit, it means a minimum of 80 per cent reduction by 2030,” she told the EU.

Politicians’ inaction “would be the greatest failure of human history and they will be remembered as the greatest villains of all time,” she said.

Some pictures from today. #cop24

Students around the world followed, with school strikes being held in Germany, UK, France and New Zealand, as well as Australia.

Organisers are demanding Australia adopt 100 per cent renewable energy by 2030, no new investment in coal or gas, and the stopping of the Adani coal mine.

“We are striking from school to tell our politicians to take our futures seriously and treat climate change for what it is – a crisis,” campaign material says.

Yes, according to Professor Mark Howden, the director of the Climate Change Institute at the Australian National University.

“Especially to Greta and other [organisers] in Europe. They are getting an audience with the UN, with the EU, which is extraordinary,” he said.

“The ability to speak bluntly to those audiences is almost without precedent for a non-government body. So I actually think we’re seeing something new here in the relationship between the public and these institutions.”

While in Australia, Professor Howden said the students’ messages could not be easily ignored because “as far as I can recall, this is the biggest schoolkid-level protest that I’ve ever seen”. 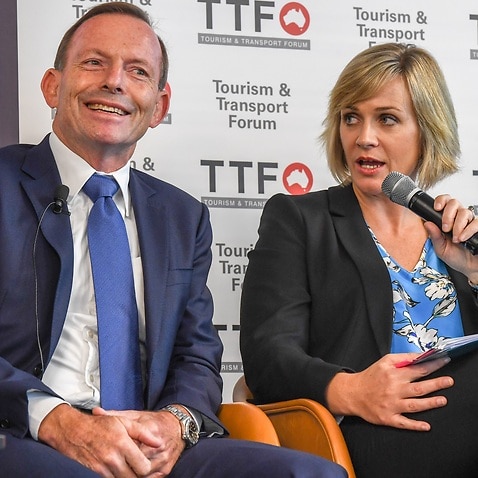 Will it have an impact in Australia?

The government hasn’t exactly been receptive to the students’ action.

Ok. We hear you.
And we don’t care.
Your statement belongs in a museum.#FridaysForFuture #ClimateStrike #schoolstrike4climate

New South Wales Education Minister Rob Stokes has warned students and teachers will be punished if they follow through on a climate rally during class time, scheduled for 15 March. https://bit.ly/2TVjJBB

7,830 people are talking about this

While in the leadup to the December strike, Prime Minister Scott Morrison said “what we want is more learning in schools and less activism in schools”.

And Resources Minister Matt Canavan said, “the best thing you’ll learn about going to a protest is how to join the dole queue”. ‘Thanks for the global warming. NOT’: Students get creative at climate change protests

The government has also claimed the protests have been hijacked by “professional activists” who are supporting the students.

Since the December protest, the government has announced a $2 billion package aimed at ensuring Australia can meet the 2030 emissions reduction target. Although this did not go nearly as far as the students have demanded. 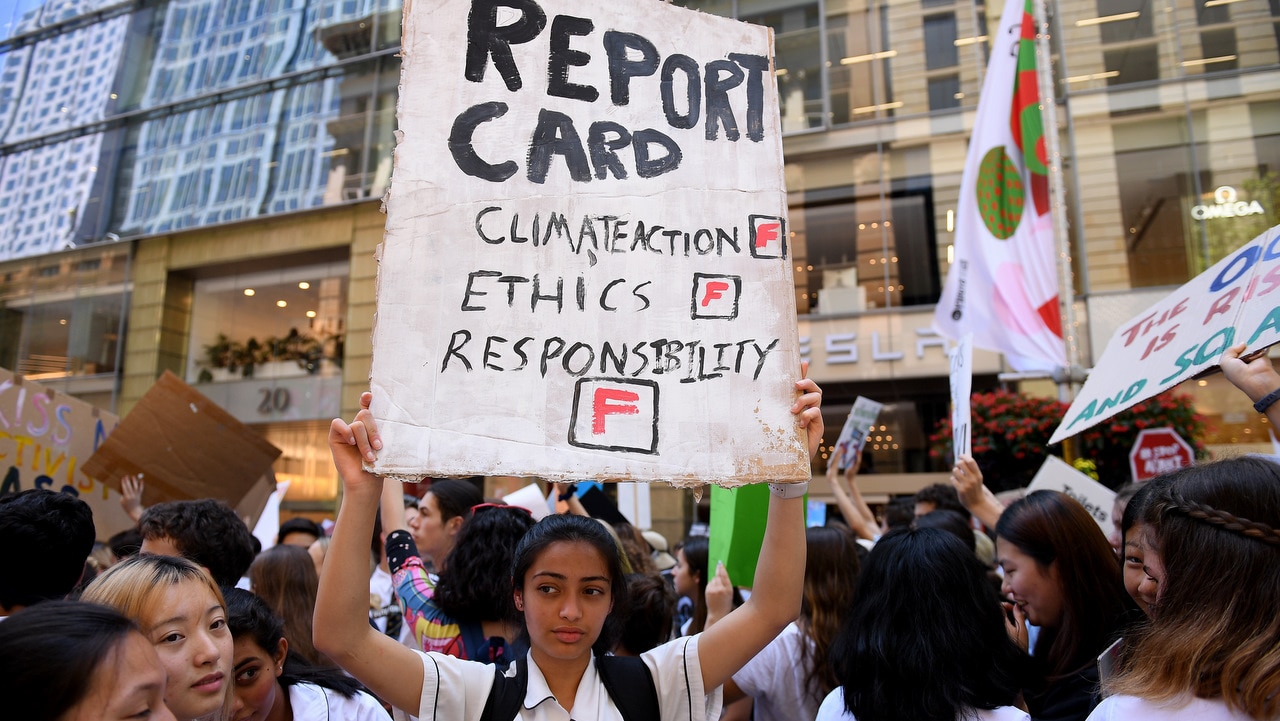 But Professor Howden said initial government hostility could work to the students’ advantage.

“This is going to reinforce the perspective of the school kids that adults aren’t listening. It will strengthen the resolve of many students rather than weakening it.”

And while the students do not have the backing of the government, several unions are now supporting their 15 March action, including the National Union of Workers (NWU).

The NWU, which is closely aligned with Opposition Leader Bill Shorten, has previously said the protesters “are inspiring leaders, and we support them in making our political leaders listen”.

Why does this matter?

Professor Howden said the immediate impact of December and March protests is hard to gauge, but it could cause legislative changes in the long-run.

“The importance of the student movement right now is that it’s adding an extra voice to a chorus of voices around climate change, with the NGOs, with the science community. It’s the combination of these voices which is important,” he said.

And Professor Howden said Australia has a track record of protests eventually bringing about policy change.

He cited protests against the Franklin Dam in Tasmania in the 1980s as “triggering significant legislative change and broader changes in sensibility”. 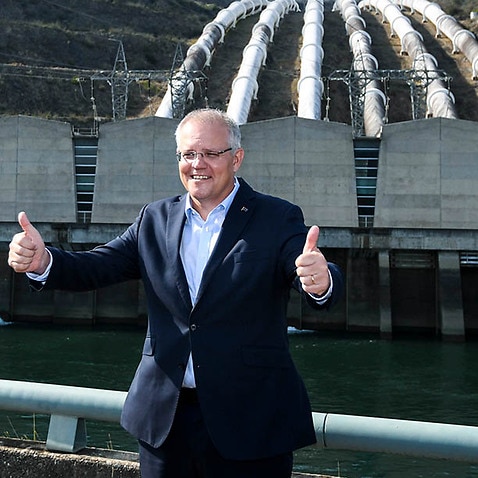 Protesters tirelessly campaigned against the dam and catapulted it to a national political issue. The dam was never built.

“This action saved a key wilderness area in Tasmania and created a political precedent for the raising of environmental concerns in parliament,” material from the National Museum of Australia says. What if nothing happens overnight?

Even if the demands of the students are not met by this government or the next government, Professor Howden said the impact of these protests could be more intangible.

“Even though these students are not of voting age yet, it won’t be very long before they are,” he said.

“If the development of their political persona gets triggered around 15 or 16 years old, not only will they vote that way the first time, but it could set in place voting patterns for a long time after that.

“For me, this is not about the next election, it is about voting patterns over the decades to come. If I was a politician, I’d be thinking very hard about that.” 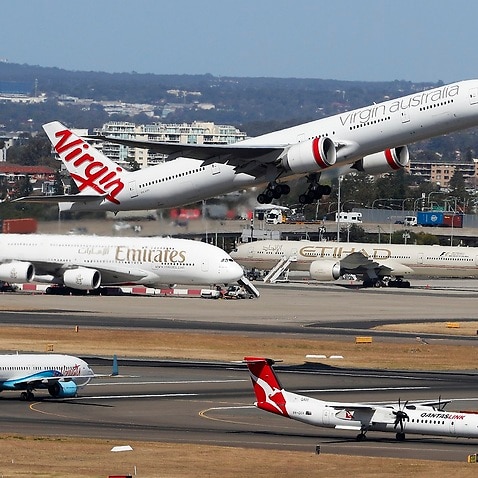